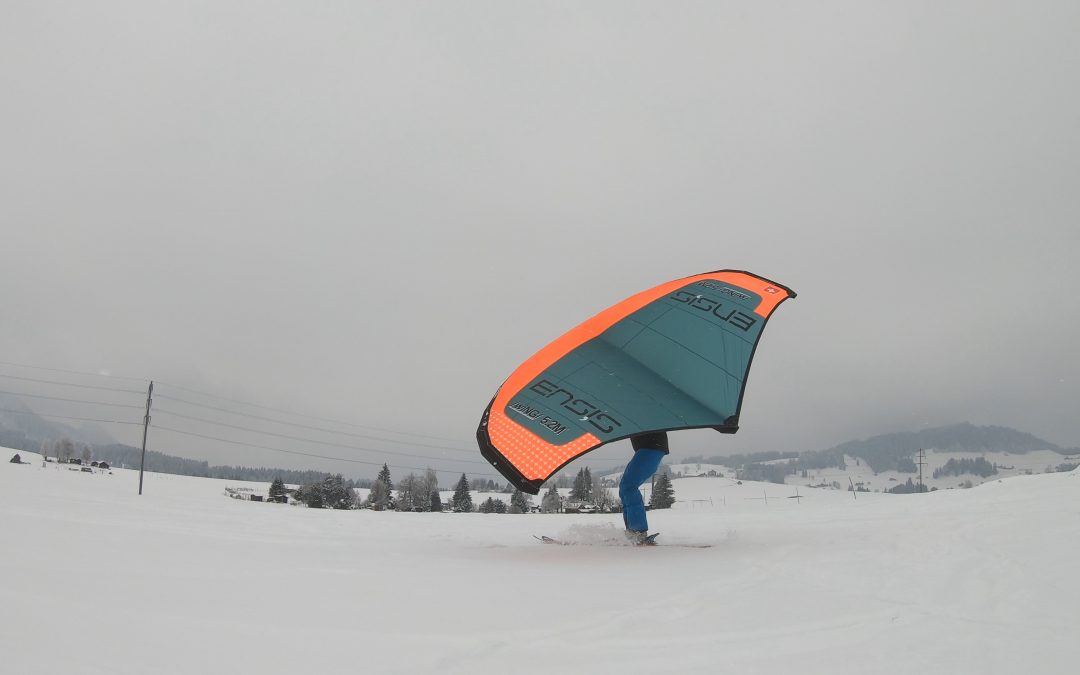 Snow wing easy to learn and ideal for all ages

Wing foil has been a new trend in the water sports landscape for some years now. Easier to learn than windsurfing at an advanced level (gliding), it requires little space compared to kitesurfing because of the long lines to which the kite is attached.

It is not a sail but it is not even a kite, it is something between both things, it is a wing that we manage directly with our hands using two handles. On the water we can reduce friction by using a board equipped with hydrofoil that makes the board rise from the water and floating above the water.

Learning to handle the wing takes very little time, in the water the difficulty consists in combining the management of the wing with the board and this requires good balance and coordination.It is clear that on the snow using skis, where no balance ability is required,  using the wing to pick up speed is very easy!

In order to use the wing to move on the snow it is necessary to have stronger winds than those necessary for snowkiting (where it is possible to increase the force with which the kite pulls us by moving it faster this is the reason why we can snowkite with very low winds). This can be an advantage when there are very strong winds: the wing is even safer than the kite, due to the simplicity of the handling.To slow down or stop with the wing just let go a rear handle and the wing loses all its power.

As snowkiting is an easier way to start also if we would like to learn summer kitesurfing, snow winging is also a very easy way to try out a new trend that could be interesting to deepen in summer.

The collaboration with the Silvaplana windsurfing school, which is one of the most important and largest wing foil centers in Switzerland, allows you to try most of the Wing brands on the market. And start doing this sport with the best and latest materials on the market!